LAST ISSUE OF NEWSWEEK TO BE EXPLOSIVE! 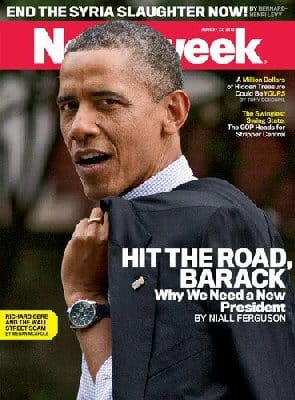 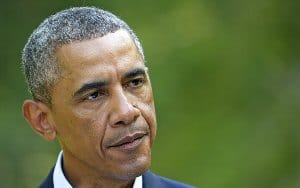 Approval of President Barack Obama’s handling of foreign policy has reached an all-time low and is dragging down his overall approval rating among independent voters, according to a new poll by the Marist College Institute for Public Opinion.

With less than 100 days until the November midterm elections, only 33 percent of registered voters approve of Obama’s management of international affairs, compared with 61 percent who disapprove, which is his highest negative score to date.

Things are not much better with regard to the economy. Just 39 percent approve of Obama’s performance on that issue.

His poor ratings on both foreign and domestic matters are resulting in a drag on Democratic prospects in November.

However, slightly more than half of voters (52 percent) said Obama would not be a factor, including 61 percent of independent voters.

“With neither political party having an upper hand with voters, expect a scramble for votes as the midterm elections approach,” Lee M. Miringoff, director of the college’s Institute for Public Opinion, said in a statement. “Don’t expect candidates to echo Johnny Mercer’s 1940s lyrics, ‘Accentuate the positive; eliminate the negative.'”

With regard to the ongoing conflict in the Middle East, 70 percent of Americans do not believe he is performing well. Similarly, 68 percent give the president poor ratings when it comes to how he has handled the Ukraine.

Overall, 40 percent of registered voters give Obama a positive job approval rating, which represents a decline from the 45 percent of voters who approved of his performance in Marist’s April 15 survey.

There was more bad news for Democrats in the poll as Republicans regained an edge on the national generic ballot.

While Democrats held a 48 percent to 42 percent advantage over the GOP in April, that trend has reversed, and now Republicans lead Democrats by 5 points, 43 percent to 38 percent.

However, the change is largely a consequence of a weakening of support for Democrats among independents. Their support has fallen from 43 percent to 26 percent, but Republicans have not been able to convert that decline to their advantage. In both polls, 40 percent of independents supported GOP candidates.

According to Marist, only 28 percent view the country as moving on the right path, which is the lowest optimism measure since the fall of 2011 and is appreciably lower than it was during the fall of 2010.

This site uses Akismet to reduce spam. Learn how your comment data is processed.